Vicarious Liability of Trucking Companies for Negligent Truckers: What You Need to Know 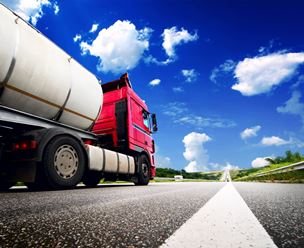 If you are involved in a truck accident, you or a family member could suffer catastrophic injuries that can leave you permanently disabled or cause death. Your needs for compensation to pay for your expensive medical treatments and replace your wages—sometimes for the rest of your life—can be greater than in a car accident. However, the negligent truck driver may not have sufficient insurance to fully pay you what you are owed. Holding the trucking company he works for responsible as well can be critical to ensuring that you receive what you deserve. One way that you can do this under Georgia law is by using the legal theory of vicarious liability.

How Does Vicarious Liability Hold Trucking Companies Responsible for the Negligent Actions of Their Truck Drivers?

In Georgia, an employer—including a trucking company—can be held responsible for the negligent actions of its employees if the employees were acting in the scope and course of their employment. This is known as the legal theory of vicarious liability. In order to hold the trucking company responsible, you may need to show the following:

Whether the truck driver was acting within the course and scope of his employment will depend on many factors, including what the truck had been doing right before the crash and where he was going at the time he caused your injuries. There is a presumption under Georgia law that an employee was within the scope and course of his employment if he was driving a company car or truck. If the trucker involved in your wreck was driving a truck owned by his employer, the law presumes that the trucking company is vicariously liable for his negligent actions. The trucking company would have the burden of proving that the trucker was not acting within the scope and course of his employment in order to avoid the duty to compensate you.

What Are Common Defenses That Trucking Companies Raise to Try to Avoid Vicarious Liability in a Truck Wreck?

Even when there is a presumption that the trucking company is vicariously responsible for the trucker’s actions, a trucking company will often raise arguments to avoid having this law apply to them. Claims that they may raise include:

If you or a loved one was in a truck accident, you need an experienced truck accident attorney to help you hold the trucking company and the negligent trucker responsible for compensating you. An experienced lawyer will understand the federal regulations governing trucking companies and the unique complexities in these claims. Contact us online or call our office directly at 706-863-6600 to schedule your free consultation. Get your questions answered and to learn how the experienced legal team at Chris Hudson & Associates can help you obtain the compensation you deserve.