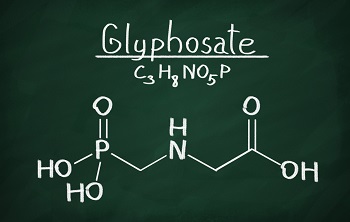 Since the mid-1970s, Monsanto’s Roundup® products have helped farmers, landscapers, and homeowners maintain their crops, lawns, and gardens. However, this popular weed killer contains a dangerous herbicide called glyphosate, and studies have found that there may be serious risks associated with exposure to products that contain this ingredient.

Glyphosate, the main ingredient in Roundup, has been the subject of numerous safety studies, including:

Warnings about the potential dangers of glyphosate have been issued, including:

A 1985 warning from the Environmental Protection Agency (EPA).

An EPA committee found that Roundup could cause cancer. However, the agency reviewed the committee’s findings in 1991 and rescinded the warning.

The World Health Organization’s International Agency for Research on Cancer announced that glyphosate is probably carcinogenic to humans.

Additionally, in 2017, French President Macron announced his intent to ban glyphosate-based weed killers, including Roundup. The products will be phased out over the next few years.

Contact a Roundup Injury Lawyer If You’ve Been Hurt

Individuals who have developed non-Hodgkin’s lymphoma after using Roundup are holding Monsanto, the maker of Roundup, accountable by filing lawsuits seeking damages for their injuries. You may be able to join with other Roundup users diagnosed with cancer to pursue a mass tort action against Monsanto. To learn more about protecting your rights, you need to speak with an experienced mass tort lawyer as soon as possible. Please contact us online or call our office directly at 706-863-6600 to schedule your free confidential consultation.