Stands Up to The Insurance Companies to Protect Your Rights REQUEST A FREE CONSULTATION
Chris Hudson Law Group > Truck Accidents > How Does Fatigue Affect Truck Accidents?

How Does Fatigue Affect Truck Accidents? 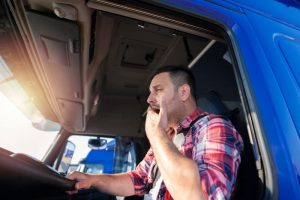 Truck accidents are among the most dangerous and devastating types of motor vehicle accidents. Because of their limited visibility, increased stopping times, and extreme weight, large trucks are often involved in serious accidents, causing severe injury to those involved. One common cause of such incidents is truck driver fatigue.

Driving while fatigued or exhausted is dangerous for anyone behind the wheel, but particularly for truck drivers, whose vehicles and cargo are prone to cause greater damage when involved in an accident. There are several causes of fatigued driving, a few of which have been outlined below.

What Is Fatigued Driving?

Fatigued driving is any instance where a driver does not get the proper amount of sleep and is unable to maintain their focus on the road or remain alert while driving. For truck drivers, this can be extremely dangerous, as trucks are often traveling greater distances and are carrying heavier cargo or bigger loads. Driving while experiencing fatigue is extremely dangerous, as it poses a threat to both the truck driver and the motorists with whom they share the road.

There are many factors that may contribute to or cause fatigued driving. A few common examples include: 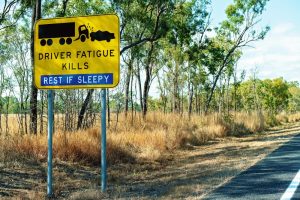 While the most obvious consequence of driving while fatigued is the increased risk of being involved in a severe motor vehicle accident, there are several other effects a truck driver might experience should they engage in fatigued driving. A few of the most common effects include:

According to data from the Large Truck Crash Causation Study, 13 percent of commercial motor vehicle drivers involved in wrecks were considered to have been fatigued at the time of their crash.

The federal Fatality Analysis Reporting System estimates that sleeping or fatigued truck drivers caused 1.5 percent of crashes involving large trucks that resulted in a fatality in 2013.

Data from the United States Department of Transportation reflects that in 2019, 697 people died in crashes involving fatigued drivers across the nation.

Truck driver fatigue can lead to devastating accidents that leave their victims with severe injuries and serious property damage. If you or someone you love has been injured in a large truck accident that wasn’t your fault, you know how difficult it can be to deal with the effects of such an incident. You may be entitled to compensation for your damages.

Fortunately, the personal injury attorneys at Chris Hudson Law Group are ready to help. We provide moral and legal support for our clients as we communicate with insurance companies, discuss courtroom strategies, gather evidence, and build a compelling truck accident case. We have helped our clients win millions of dollars in compensation for their injuries and damages.

If you’re ready to begin seeking justice, contact Chris Hudson Law Group today at (706) 690-4613. We’ll put you in contact with one of our lawyers so that you can determine the best course of action for your circumstances.

Don’t allow a lack of financial means or legal know-how to keep you from pursuing the compensation you deserve. Give Chris Hudson Law Group a call today.