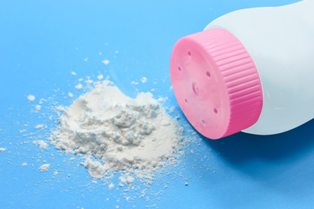 Since Johnson & Johnson first introduced Johnson’s Baby Powder in 1893, it has been a household product in many people’s homes. Unfortunately, regular use of talcum powder as a feminine hygiene product has been associated with the development of deadly ovarian cancer. Johnson & Johnson has known about this dangerous link for decades but has failed to warn women of the dangers of using its products. As more studies have been published connecting talcum powder with an increased risk of ovarian cancer, women and their families have begun suing Johnson & Johnson—and winning millions in jury verdicts. Here’s what you need to know about the fast-paced timeline of events in these lawsuits.

Numerous studies going back decades have found that women who regularly use talcum powder for feminine hygiene, such as dusting their genitals, sanitary napkins, and tampons, have an increased risk of developing ovarian cancer. Some of these studies include the following:

The first study finding a link between talcum powder use and ovarian cancer was published in the British Journal of Obstetrics and Gynecology. The researchers found talc particles deeply embedded in the ovarian tissue of about 75 percent of the ovarian tumors biopsied.

A study reported in the journal Cancer found that women who dusted their genitals or sanitary napkins with talcum powder had a three times greater risk of developing ovarian cancer than women who did not.

A study published in Green Journal found that women who powdered their genitals, underpants, or diaphragm over an extended period of time increased their risk of developing ovarian cancer three-fold.

Another study published in the journal Cancer found that women who used talcum powder on their genital areas had a 20 to 30 percent greater chance of developing ovarian cancer.

In a study published in Epidemiology, researchers determined that women using talcum powder to dust their genitals faced a 33 percent increased risk of developing ovarian cancer.

Not all in the scientific community believe that these studies prove the link between talcum powder and ovarian cancer strongly enough. While Johnson & Johnson is vigorously defending the safety of its products, Luzenac, the manufacturer that provides talc to Johnson & Johnson, issued a warning about the health risks on its safety data sheet in 2006.

What Is Happening in the Lawsuits Being Filed Against Johnson & Johnson?

As the number of studies being published increases and the earliest lawsuits against Johnson & Johnson are coming to trial, more and more women who have developed ovarian cancer after regularly using talcum powder are suing the company. Over 2,000 individual lawsuits and at least two class action lawsuits have been filed so far. The two products associated with an increased risk of ovarian cancer are Johnson’s Baby Powder and Shower to Shower. Here is a timeline of the important news in these lawsuits:

A South Dakota jury found that Deane Burg’s long-term use of talcum powder contributed to her ovarian cancer, but declined to award her damages. The jury said that Johnson & Johnson should have warned consumers of the dangers of their product. This was the first lawsuit filed against Johnson & Johnson.

A St. Louis jury awarded the family of Jacqueline Fox, who had died from ovarian cancer after using talcum powder since she was a teenager, $72 million, which including a $62 million punitive damage award. The jury relied on a 1997 Johnson & Johnson internal memo where their medical consultant warned the company of the danger of talcum powder use causing ovarian cancer in awarding punitive damages.

Another St. Louis jury awarded Gloria Ristesund, a South Dakota woman who had used talcum powder for decades before being diagnosed with ovarian cancer, $55 million, with $50 million of the award being punitive damages.

One of the plaintiffs filing a lawsuit against Johnson & Johnson in federal court in Illinois requested that all of the federal lawsuits be consolidated as a Multidistrict Litigation. This could make pre-trial procedure, such as discovery, more convenient and easier.

Are you worried that your ovarian cancer was caused by regular use of talcum powder? You need the help of an experienced personal injury attorney to prove that this caused your ovarian cancer so that you receive the compensation you may deserve. Start an online chat or call our office today to schedule a free consultation to discuss your situation and learn about your legal options.