Stands Up to The Insurance Companies to Protect Your Rights REQUEST A FREE CONSULTATION
Chris Hudson Law Group > Personal Injury > How Long Does a Personal Injury Lawsuit Take?

How Long Does a Personal Injury Lawsuit Take?

One of the most commonly asked questions from people who were injured in accidents caused by others is how long their case will take. Insurance claims and lawsuits differ in procedures. Additionally, there are various deadlines that could move everything along and obstacles that might bring the process to a screeching halt.

The duration of your personal injury lawsuit will depend on a range of factors. There is no way to predict a precise end date because multiple circumstances could arise that will affect the timeline.

For example, if you were in a car crash, it could be many months or even a year before you receive a denial letter from the insurance company, forcing you to proceed with a lawsuit.

Below are the most common factors impacting the length of a personal injury lawsuit.

You likely need to treat the injury you suffered in the accident. You might need a range of medical services to recover, such as:

Some people require months of physical therapy to regain mobility. Others need surgery to repair internal injuries. If your initial treating physician recommends specific follow-up care, it’s critical to listen to their orders.

However, the treatment you need could determine the duration of your personal injury case. It’s challenging to calculate the compensation you need to seek if you’re still attending appointments. You won’t know an exact number until you heal or your doctors release you from their care.

It’s vital to attend all necessary appointments regularly. If possible, avoid large gaps between each appointment. Seeing your doctor, going on vacation, then following up a month later only delays the process. You can’t move forward with your case if you’re not seeking consistent and frequent treatment.

All parties involved in a personal injury lawsuit will investigate the accident. If you begin with an insurance claim, the insurance company will investigate to determine fault. Typically, insurers try to avoid settlement payouts. They don’t want to accept liability for their policyholder’s wrongdoing. If they can find a reason to deny the claim, they will. However, if they determine their policyholder is responsible for your injury, it becomes valuable evidence for you and can move your case forward.

If you were injured in a car crash and someone called 911, an officer likely showed up at the scene. They might have written an accident report indicating who they believe was at fault. The information they include in the report is their opinion. If they state that your actions contributed to the accident, it doesn’t necessarily mean you can’t move forward with your case. However, it could delay the process as you look for evidence to show you’re entitled to compensation.

The attorney representing the other party will also investigate. During a lawsuit, they will gather all available evidence to discount your claim that their client caused your injury. Their investigation could uncover information that works in their favor. If they believe they have a winnable case, they might be more willing to proceed to trial instead of negotiating a settlement. That leads to more months of preparation, extending the duration of your case.

Many accident victims start the personal injury process with a claim. Instead of immediately suing the other party, you might want to try to settle your case with their insurance company. Filing an insurance claim first can affect the length of a lawsuit. You can’t file a lawsuit until you receive an answer from the insurance company. 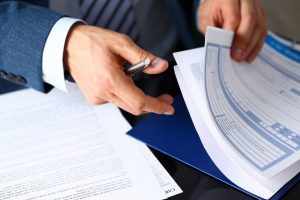 Depending on the severity of your injury, it could be over a year before you can begin negotiations with the insurance company. If the insurance adjuster decides to deny your claim or offers an inadequate settlement amount, you’ll need to file a lawsuit to recover the money you’re owed. However, you could have spent a significant amount of time on the claim by then. Maybe an entire year passed, and now you have to start a new process to pursue your lawsuit.

No matter what type of accident you’re involved in, you should immediately begin working on your case. Hire a lawyer, file an insurance claim, and get the ball rolling. As long as you handle each step efficiently, you might be able to cut back on the time it takes to resolve your case.

The Augusta personal injury lawyers of Chris Hudson Law Group have fought on behalf of people injured in accidents that weren’t their fault since 2005. We believe in standing up to insurance companies and the attorneys representing them. We will tirelessly work to hold the at-fault party liable and aggressively pursue the maximum compensation you deserve when you hire us.

If you were injured in an accident due to someone else’s negligence, do not hesitate to call (706) 690-4613 for your free consultation. We’re available 24/7 to answer your questions and assist you with your case.